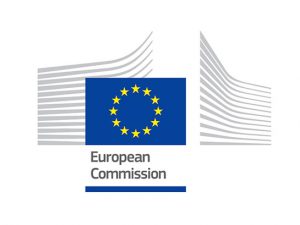 The European Commission today published three reports on the implementation of the 2016 EU budget.They show that the EU budget in 2016 has helped achieve the political priorities of the European Union, has created added value for the EU citizens and was spent in line with EU rules.

Another conclusion from those reports is that simplifying EU rules is key to making it easier for local authorities, farmers or businesses to use EU funds effectively and correctly. This ties in with the recommendations of the High Level Group on simplification, also presented today, which are feeding into the broader reflection on the future of EU finances launched by Commissioner Günther H. Oettinger in June.

Günther H. Oettinger, in charge of budget and human resources, said: “As the data demonstrate, the EU budget delivers concrete results, be it boosting research and innovation, supporting farmers, helping Europeans find jobs, supporting investment, fighting against climate change or providing humanitarian assistance across the world.. This is real added value that only our common EU budget can bring”.

Below are some key achievements of the EU budget in 2016:

– The Nobel Prize in Chemistry was awarded to three scientists who have benefitted from EU funding. This made a total of 17 Nobel prize laureates, four Fields medal winners and countless discoveries with global impact linked to the EU’s investment into research and innovation.

– About seven million farmers were supported with direct payments in 2016, ¤150 million was made available to compensate for the milk crises.

– More than 140.000 Small and Medium Enterprises in 21 countries received a total of ¤5.5 billion of loans from the COSME programme.

– Over 120 million vulnerable people in more than 80 countries, including those most affected by the Syria crisis, received humanitarian aid worth over ¤2 billion.

– Hundreds of thousands lives saved in the Central Mediterranean alone with the joint efforts of EU Member States and the newly established European Border and Coast Guard Agency.

Annual Management and Performance Report for the EU budget 2016

Reflection paper on the Future of EU finances

This website uses cookies to improve your experience while you navigate through the website. Out of these, the cookies that are categorized as necessary are stored on your browser as they are essential for the working of basic functionalities of the website. We also use third-party cookies that help us analyze and understand how you use this website. These cookies will be stored in your browser only with your consent. You also have the option to opt-out of these cookies. But opting out of some of these cookies may affect your browsing experience.
Necessary Always Enabled
Necessary cookies are absolutely essential for the website to function properly. This category only includes cookies that ensures basic functionalities and security features of the website. These cookies do not store any personal information.
Non-necessary
Any cookies that may not be particularly necessary for the website to function and is used specifically to collect user personal data via analytics, ads, other embedded contents are termed as non-necessary cookies. It is mandatory to procure user consent prior to running these cookies on your website.
SAVE & ACCEPT